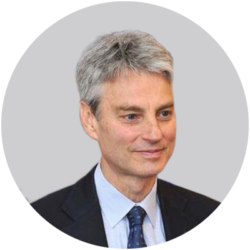 Degree in Business Economics at Università Cà Foscari of Venice, he attended a Master Degree course in Business Administration at Boston University School of Management.
He also got a PhD in Business Administration. Since 2009, he has been Professor at the University of Trento, where he is currently teaching Business Administration. Since 1 April 2015, he has been rector of the University of Trento, where he formerly held various academic positions. (His term expires on 31st March 2021).
In 2013, he was appointed coordinator of the so called CRUI working group (the Italian acronym for Rectors’ Conference of the Italian Universities). He has been member of the Governing Council for many years and he has been head of the Department of Economics from 2006 to 2012.
He was also appointed Head of School of International Studies and Deputy to Director of the Department of Information Technology and Business Science). His academic career started in 1993 at Università Ca’ Foscari of Venice and he got on various roles in several Italian and foreign universities, such as Catholic University of Lille (IESEG School of Management), Darthmouth College in New Hampshire (Tuck School), Boston University (School of Management), and Venice International University and Libera Università di Bolzano in Italy. During his scientific career, he took part in the work of European Accounting Association (member of European Institute of Advanced Studies in Management – EIASM) and from 2006 to 2012 he was member of the Board. He is member of various national scientific societies, such as AIDEA (Accademia Italiana di Economia Aziendale, the Italian acronym for the Italian Academy of Business Management), SIDREA (Società Italiana dei Docenti di Ragioneria e Economia Aziendale), SIR (Società Italiana di Storia della Ragioneria i.e. the Italian acronym for the Italian society of History of Accountancy), and AIDEA Giovani (AIDEA for young people) of which he was Chairman.
Among his editorial activity in the scientific field, he was member of Management Editorial Board of European Accounting Review and Member of the Editorial Board of International Journal of Contemporary Hospitality Management.
He was member of the Scientific Committee of “Performance & Management” magazine and he is currently member of the Scientific Committee of “Management Control” magazine. Moreover, he was member of the technical and scientific committee of CUOA Foundation – Business School (of which he was Chairman). He is member of CUOA General Council. Since 2008, he has been member of the Business Festival Editorial Committee of Trento. In 2019 he was appointed Italian member of EUA Council.